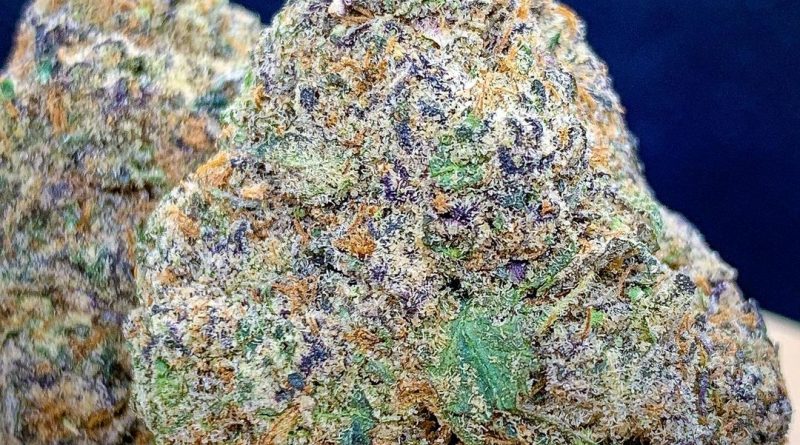 Ending the week with a review featuring Shaved Ice by Terpene Gas Co. I’ve seen a few of my favorite west coast Instagram reviewers giving this brand a try in recent months, so I was quite excited to see this strain had made its way to DC, of course courtesy of the homies @ GTF.

The 3.5 of Shaved Ice predominately comprised of two medium sized, tear drop shaped buds and some smalls. Both buds are tightly-packed but not particularly hard nor super dense, and each has a super dusty, “stick to your finger”powdered donut like trichome coverage. Overall, Shaved Ice rocks an eggplant exterior, speckled with matcha greens and rusty copper pistil groupings.

Early whiffs of Shaved Ice are very Runtz/Zkittelz heavy. Notes of musky tropical candy, piney blueberry lemonade and a citrus shoe polish dominate. Break her apart, and Shaved Ice emits a creamy hazelnut aroma, complimenting an otherwise tart, grapefruit odor. The flavor on the other hand, is much gassier than the nose would initially lead you to believe. Each hit has notes of your classic gelato and Zkittelz terps, but the palate leans on the richer side highlighting a blend of funky grape, nutty lavender and hashy petrol.

Boasting an array of intoxicating Indica dominant effects, Shaved Ice is probably best suited for afternoon/evening/end of day use. Through a water pipe, a single bowl of Shaved Ice sends a pulsating rush of pressure straight up the spine, settling right behind the eyes. A “head In the clouds,” thoughts adrift cerebral effect paired with a strong body stone, physical relaxation and body-numbing tension relief. 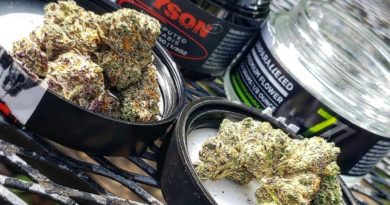 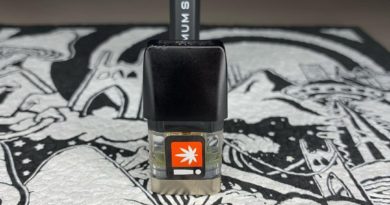 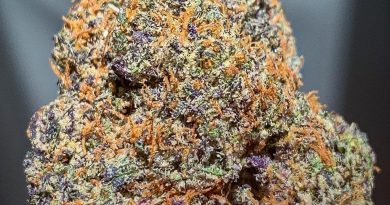